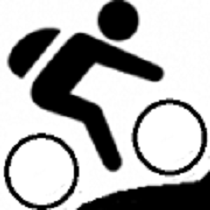 Two mountain bikers (m, 37; m, 34) hit a large rock, almost simultaneously, and were unseated near the westernmost point of the Settle Loop of the Pennine Bridleway. One appeared to have a shoulder injury and the other was confused after a blow to the head. After assessment by paramedics from the YAA air ambulance, they were able to board a YAS road ambulance (800m off tarmac!) to be taken to hospital for a more detailed examination. CRO members loaded their two companions and all four bikes into a team vehicle and returned them to the bike hire shop, in Settle.