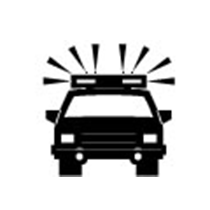 Following a report of someone having been seen to come off the top of Malham Cove, Yorkshire Ambulance Service dispatched air and road ambulances, a Rapid Response Vehicle and its HART (Hazardous Area Response Team, based near Morley), also alerting CRO. Having determined ‘life extinct’, the Ambulance Service personnel were departing as the first CRO member arrived on scene. HART was stood down en route. Team members assisted a local Police officer in searching the immediate area for any personal property or ‘evidence’, high up on the steep slope beneath the East Wing of the Cove. The deceased was stretchered down the grass and scree slope, then across the beck to a team vehicle. This took her down to Town Head Farm, to wait for the undertaker.           FATAL