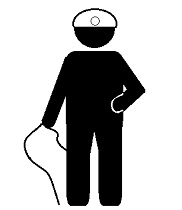 CRO were called to help with an incident in Bar Pot – part of the Gaping Gill cave system under the slopes of Ingleborough. A caver (F 14yo) had fallen about 2.5 metres whilst abseiling down the first pitch of Bar Pot. The caver had landed heavily on her feet and then tumbled backwards banging her head. She was reported to have a suspected fracture of her left ankle and a minor laceration on her head; but had not lost consciousness and had no other signs of having suffered a head injury. The first pitch of Bar Pot is very close to the surface and immediate help was at hand as cavers from Craven Pothole Club (CPC) were nearby.  In discussion with the CRO Duty Controller, a CPC member described that they had sufficient expertise and numbers to be able to safely haul the injured young person out of the cave. It was agreed that CRO would attend to take over the extraction of the injured caver at the cave entrance. CRO would bring some caver capability in case more help was needed underground. CPC members set up a haul with ropes and were successful in their mission to get the injured caver out of the pothole. CRO team members were on hand at the entrance and were able to give the young caver some pain relief before fitting a splint to support her fractured ankle. The young caver was placed into a stretcher for a carry downhill to a CRO vehicle at Trow Gill. From there, she was transported to Clapham and handed into the care of Yorkshire Ambulance Service.