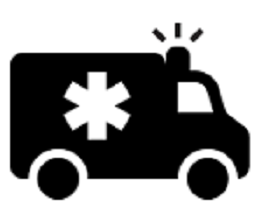 Team members who had gone to the casualty at Malham drove to a farm near Hellifield after YAS received a report of a worker (m, 67) whose legs were trapped ‘under a wall’. On arrival, it was found that two North Yorkshire Fire & Rescue Service and two YAS vehicles were already on scene. It was also soon learned that the man, who was in woodland, had recovered sufficiently to walk, with assistance, to an ambulance, so the team stood down (and went back to finish clearing up at Clapham).