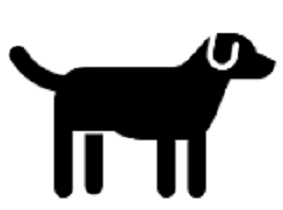 Two terrier dogs had disappeared into a narrow cave fissure and only one had come back out.The dog’s owner and others had already done much work in an attempt to locate the dog and requested the help of CRO. Several CRO team members spent a full day breaking boulders and removing rock from a very narrow cave passage in an attempt to get further in. By the end of the day they had reached a point where the ongoing passage was too small for further progress. They had not seen or heard anything of the missing terrier.