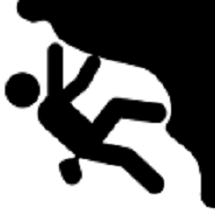 When an alert beacon was activated, the owner’s home contact called her local Police, who forwarded the alert to North Yorkshire Police. The beacon indicated the Robin Proctor’s Scar area, so the CRO duty controller called available members to the team base, in Clapham. One member replied that he was out for a walk on Norber, so was asked to investigate. He found the owner of the beacon – a climber – at Robin Proctor’s Scar. She was perfectly well and unaware that the beacon had activated accidentally. The team stood down.