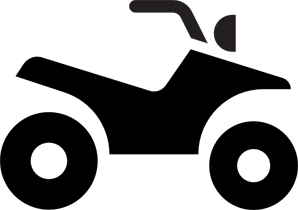 A quad bike rider assisting in a game shoot, rolled his vehicle and sustained back injuries. The team were called by North West Ambulance Service whilst incident number 4 was ongoing, and initially requested to standby, as both a road ambulance and the North West Air Ambulance were on scene. Shortly after, the team were requested to attend and assist with casualty extraction, as the helimed had become clouded in, and was unable to take off.

Another vehicle and crew from our base responded, together with 5 personnel and a vehicle from incident 4, and assisted ambulance personnel in stretchering the casualty to the waiting road ambulance, for conveyance to hospital.